Difference between revisions of "Lunarius Aeterna"

Lunarius Aeterna was the capitol city of the Moon Kingdom and in return, the capitol of the entire Lunar Imperium. Located in what is the modern day Mare Serenitatis, it was reduced to a complete ruin during the Fall. 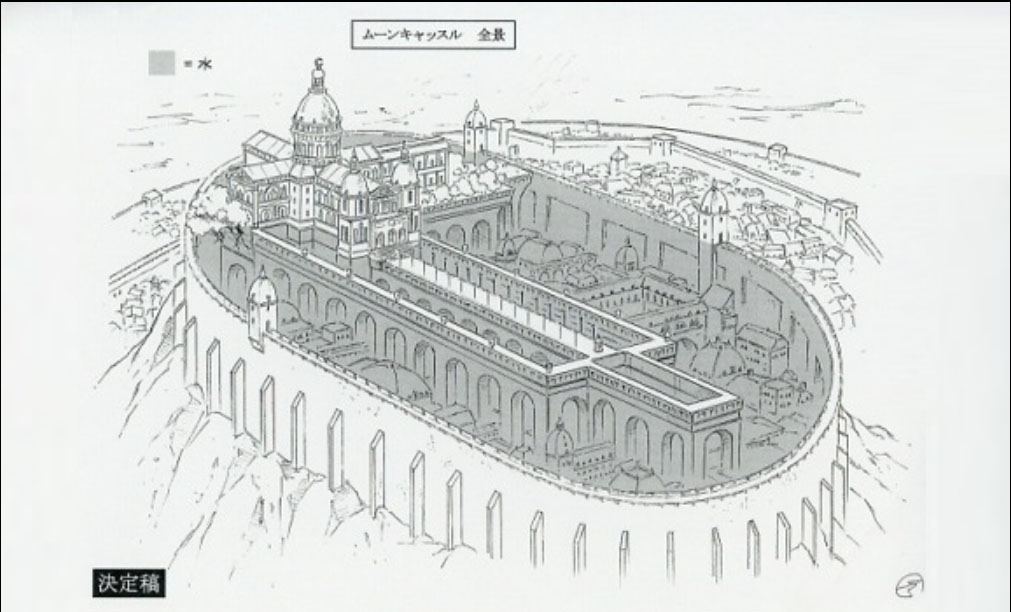 The city is built out of a mix of the purest marble mined from parts of the Moon, as well as lesser minerals. The entire city structure, like many planetary cities, is built around it's main governance building, in this case the Moon Castle. The city itself is divided into three walled sections or phases as they are sometimes referred to in texts.

Carved directly from the remains of an ancient mountain, this section is where the Moon Castle lays, protected by a thick stone wall and guarded by three observation towers, two on the right side and one on the left size. Within these walls lay the estates and homes of the highest ranked nobles that live on the moon, nestled close to the edge of the Castle itself. These include the Planet Houses, what would normally be called embassies in the present day, though with several differences. The pathway and entrences to this section of the city are a need to know basis and require proper clearance to do so.

Directly below the Central Phase and wrapping around the base of the mountain, the second phase is populated by the homes of lesser nobility and those of high rank but no title. Like the central phase, this part of the city is surrounded by a wall, though less thick than the latter's structure, with four gateways allowing for easy motion between itself and the third phase. Royal visitors who are not of planetary royal families will often be housed in this part of the city.

The largest part of the city, this is where the common people live, these homes often tightly nestled together compared to their wealthier neighbors. It is ironically also a location in which much of the trade is done for the city, resulting in a large market area being the most memorable of it's features. This section of the city is protected by another wall, with several gates allowing passage out to the wilds of the Moon.