Natalia is the youngest child of Solarchos and Inu-Kitsune, born on November 10, 2013. Visits from her future self have revealed that she will look very much like her father, with copper-red hair and blue-green eyes. Her fox ears and tails will match the copper color and she will be a graceful, young Kit.

Though the Kitsune children have not been known to first shift to their fox forms until at least three months old, Natalia has already done so, at two weeks old much to her mother's surprise, and looks more like a tiny, copper colored fuzz ball unsteady on her feet than a fox. 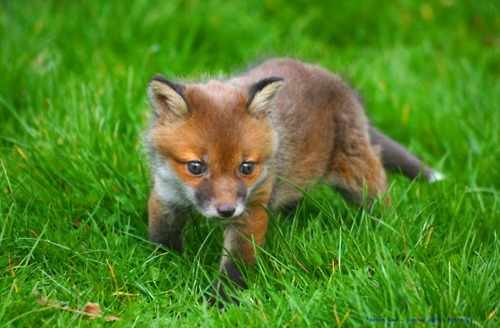 Natalia has also come to the attention of Amia, who often dotes on her when they are both visiting the hotel. She has given her gifts: a magical gold ball toy, a hair ornament made of precious metals and jewels, and a necklace of spelled ice butterflies.

As a 16 year old young lady, Natalia oftentimes ventures from the future, the same time as Catriona and Sylvester do, to see her family as they were in their prime. Her history is shaky, and she speaks of events which happened for her, yet seem to be changing with each choice Solarchos makes now. She watches her brothers and sisters play with their parents as children in current time and spends a lot of time wondering what she'd done wrong to deserve to grow up alone. 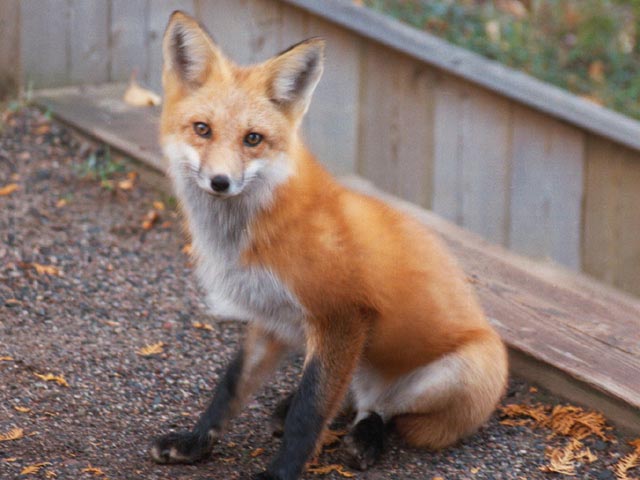 Natalia (fox) at approximately 16 years old; an adolescent fox (note that she has five tails by this age)

Natalia Amestris was born on November 10, 2013 at the Manse, Inu-Kit's family home on Unmei in the presence of her entire family. She lived with her parents and siblings until her brothers and sisters were sent away for the traditional training for Space Marines. This left Natalia to grow up alone, a single child raised by her mother while Solarchos remained mostly absent. As she grew up, she began to resent her father and siblings, and even made the choice to not follow in their footsteps. Natalia denied her Space Marine heritage and turned down the opportunity to join her brothers and sisters in becoming Ghost Foxes in favor of learning magic and becoming a sorceress like her mother.

While given the birth name Natalia Langister just as her siblings had, her resentment of her father led her to take her mother's name. A mysterious, behind the scenes reconciliation is in the works, however, and she spends time with her family in the Hotel when she visits. She is more open with them, even explaining how some of Solarchos' choices today due to her ill-thoughts of him have changed from what she's known. As she grew closer to the day of her birth, Natalia saw her father's behavioral changes, and approved. By the time her infant self was born, Natalia was once again proud to announce herself as a Langister child.

Natalia is engaged to be married to the crown prince of Unmei, Remi, who originally had only intended on having Natalia stand in as a guard against the countless, infatuated young ladies seeking to marry him. Natalia herself was uninterested in marrying, having chosen not to do the same to her own family that her parents had done to her. However, between their long time, childhood friendship and the time they spent together as guard and charge, the two fell in love and Remi proposed after only weeks of courting to silence his annoying advisors. The two will be married when she turns 18, just over a year away.

In November 2014, the pair married, and future Natalia has appeared in the box as Queen of Unmei. Her children, to date, are Hideki, Merrill, Aveline, Emeret, and Shayenne. She even appears from a more distant future, where she is a grandmother to her older children's children while she raises her two younger children.

The entire purpose of Natalia's visits to the hotel were to see to it that her father, despite being such a well known, powerful military leader, was there for his pregnant wife as any expecting father should be. She spent much time explaining her history, even showing him pictures of the day she was born so that he could understand how difficult his choices in her timeline had made her life. On her birthday, she was shown the same pictures she'd shown Solarchos, yet they were different. Very different. It was then that Natalia knew her job was done, and with a smile, departed the hotel. It should be noted, however, that her own personal timeline is unchanged, and she has explained that she and the infant daughter of Solarchos and Inu-Kit are now two different people. How the newborn's life will progress is yet to be known. It is unknown if or when she will return, along with her fiancee Remi, or how far into her own future she will advance before she does.