Hachi is a serious, yet sometimes silly, 13-year old. She often masks her true feelings and thoughts with a happy aura. She is calculating and thoughtful though quick to lose her temper. She often feels like she needs to support her family; that she doesn't want to be a burden to them so she often works on training by her lonesome.

She loves her family dearly and will do anything for them.

She enjoys biking on the bike trails of Academy City, visiting Nature Preserves in her free time, going to planetariums and science museums, and watching anime.

Her favorite food is panna cotta and she dislikes eggplants.

Although Hachi, at age 7, had just started her first year of elementary school at the Americanized Temple Elementary school, which had a large focus on the English language and American and Western cultural norms, her mother decided it was time for a change.

With the discovery that Hachi had some sort of magical ability, and having decided that living in their current home was far too dangerous, due to the constant threats in the neighborhood, Euri decided to enroll Hachi in the Matsuume Elementary school in District 13 of Academy City. Although Hachi is now living on her own in the super secure dorms, her mother still comes by very often to visit, so she can acclimate better to her new surroundings.

Along with a new school curriculum, Euri has enrolled Hachi in the Power Curriculum Program. This is in hopes that Hachi will become an Esper, and not have to deal with some sort of Senshi abilities occurring. Euri feels like the teaching in Academy City will help Hachi better than she ever could on her own.

However, due to the events of the Neo Sailor Team being formed, Hachi found herself as the new Sailor Europa. She began to take her role very seriously as a Sailor Guardian.

At the age of 11, Hachi began studying for the entrance exam to Nagatenjouki Academy. She felt it would be a good cover for her. She started her first year of Middle School in April of 2019 at the age of 12.

At the age of 10 on October 9th, 2016, Hachi became the new Sailor Europa, following in the footsteps of her Mother who had ascended to the mantle of Neo Sailor Mercury.

Hachi raises her right hand into the air and shouts out the transformation phrase "Europa Satellite Power, Make Up!" A trail of icy wind and snow follows her hand before it begins to envelope her in a snow globe-like sphere. The sphere gets smaller and tighter before pressurizing into a large crystal made of Europan ice. It begins to crack from Hachi's expanding energy before shattering in a blinding flash of light. With a snowy breeze whirling around her, Sailor Europa finishes off with her pose in front of the satellite Europa and the planet Jupiter. 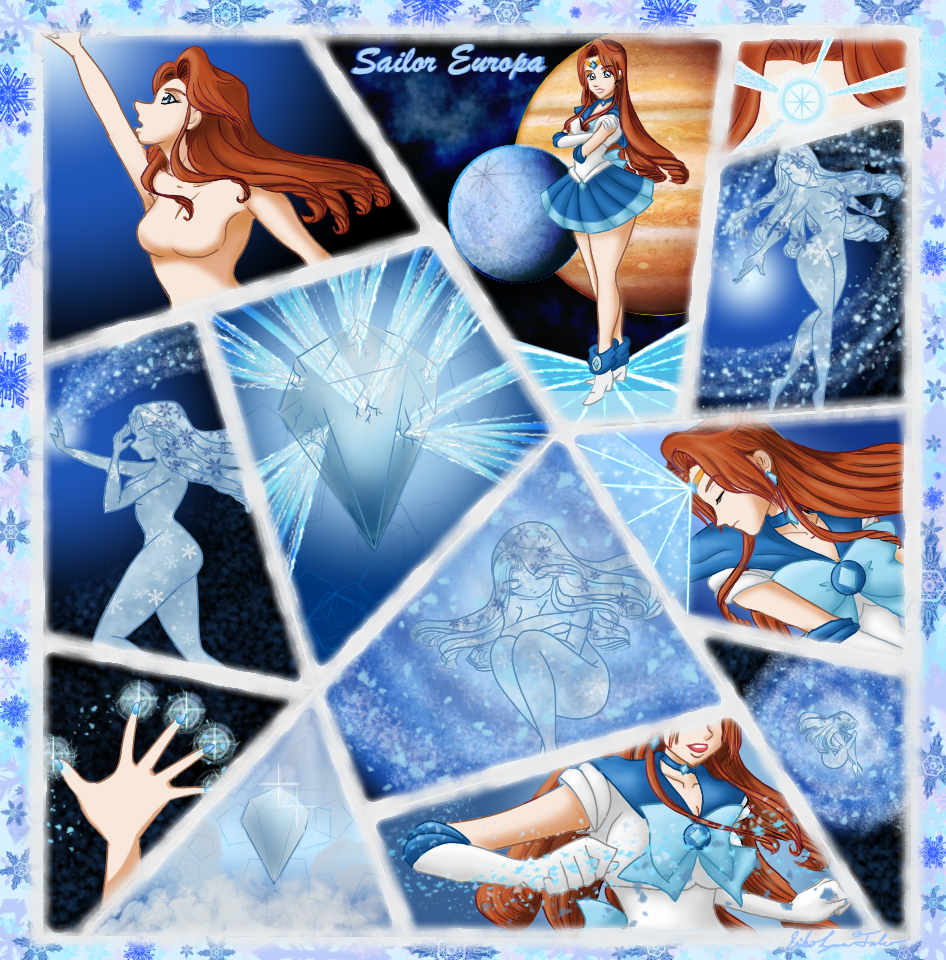 A Certain Legendary Guardian - The Junovian

On Wednesday, May 3, 2017, while visiting the Golden Week festival with her friends at Nature Park, Hachi was confronted by an ancient enemy named Gren-gar. He claimed he swore to seek revenge on the people of the Ice Moon Empire. Rocky in nature, a large, and terrifying creature, Gren-gar advance on Hachi after she had transformed into Sailor Europa. She tried her best to defend herself and fight the creature, but Sailor Europa was no match for the creature. Thankfully, the police force of Academy City, Anti-Skill, came to her aid. After the monster was chased away, Sailor Europa was asked to help out with the middle and high school members of Judgement, but she declined.

On Sunday, May 7, after they had spent a wonderful fun-filled family day at Disneyland, Hachi and Delilha spent the day together in Academy City. In the evening, they went to Joseph's Coffee and Restaurant to have dinner and desserts. After some prodding, Hachi spilled out her heart and soul to Delilha, Telling her big sister about how terrified she was during the fight. How useless she felt. Delilha agreed to help Hachi investigate the monster known as Gren-gar and to try and figure out what the Ice Moon Empire is.

Hachi discovered Riley during a week-long field trip. She found the bidoof crying and struggling to free itself from being stuck on a log. Hachi freed the bidoof and saw that it had a chipped tooth. She felt sorry for the whimpering bidoof and sneaked the Pokemon back home with her.

After bringing the bidoof to Kiya to ask her for help, Kiya set about getting Hachi and the bidoof the proper food, materials, and poke-things that Hachi would need to start a life as a Pokemon trainer.

After being groomed and cleaned up, Riley likes to wear a pink and red ribbon that Hachi made for her.

Because of a bidoof's tooth growth, Riley's buckteeth grow at a very fast rate. However, the chip in her tooth continues to spread as her teeth grow, so she is unable to gnaw to keep her teeth down to their proper size. Hachi does her best take care of Riley's teeth on a daily basis.

Riley has become one of Hachi's dearest and closest friends, though Hachi has yet to tell or show Euri that she's a Pokemon trainer. 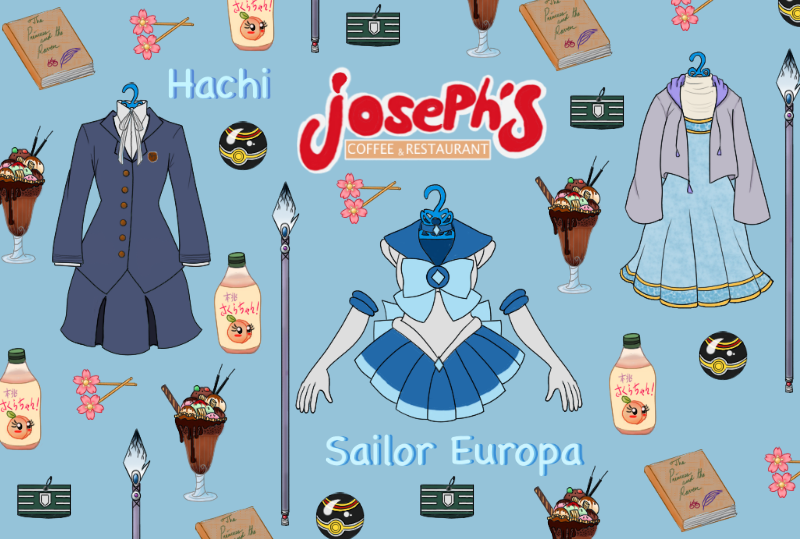