"Oh? Do you live in a magical house?"

- Paisley describing her home to a visitor

Peinforte Manor is the ancestral home of the Peinforte family and is the current residence of Paisley Pythia Peinforte as well as Kaelyn P. Peinforte. It consists of the Main Manor house as well as four additional Houses (formally five). Winston W. Wodehouse is the long term bulter/man-of-all-work serving in the manor.

The blazon of the Peinforte family is described as "Purpure on a bar wavy Or three grilled helms Azur on the dexter chief one hedgehod statant Or crined Argent."

There are over 128 room, 20 of which are bedrooms. Many of the Bedrooms have eerie, supernatural features.

The "Old Main" house dates back to the 980s and is directly behind the main manor, attached by a long corridor.

There are hundreds of creepy dolls of every variety and style from the middle ages to the present, including Dollfies, BJDs and American Girl Dolls. No one know where are all the dolls are coming from, and they seem to be in different poses and positions every time the room is walked into, as if they were alive and freeze only when viewed. Paisley considers this room extremely dangerous.

Hundreds of sentient rats live here and are left alone. They can serve as scouts and spies for Paisely, who can see through their eyes if they consent. Their room is adjacent to her bedroom and provide an excellent alarm system.

Another bedroom, whose walls are covered with oil portraits whose images move, depicting the faces of souls and other beings bound inside in eternal agony. Exeter L. Wakefield is using this as his bedroom for the time being.

A Storehouse of thousands of poisons and their components, as well as a library dedicated to their study and the compounding of them or their antidotes.

A secret room wherein the Old Man of Peinforte Manor lived for centuries. The guest house also known as the Garden Manor was originally planned out in the year 1832 by Joshia Peinforte as home for not only visitors but also as a retreat for his family when the original manor's environment would become too overwhelming. However, due to the death of Joshia, the project never got properly off the ground. It would not be until 1843 under the supervision of Sir. Alexander Peinforte that the original version of the manor would be built as a wedding present to his bride. The house would generally be used as a guest home until 1888 when Andrew Peinforte would add a small library and use it as a quiet location for his study of cryptology. After an unspecified incident, Andrew's father, Gregory Peinforte, ordered the house to be closed down to all but those who would be sent in to repair the structure. The manor would remain this way until 2014, when Kaelyn P. Peinforte was given the location as a new home by her mother, the current head of the Peinforte household. The manor is currently staffed by the demon Astronomstrath (Ron for short), who through a rather unusual blunder sold his entire existence to Kaelyn Peinforte, as well as his sister, the demoness Amy, who tagged around for the fun as well as the tea. The most recent addition to the grounds is a neolithic style stone circle which Kaelyn has installed.

- The Tractate Middoth - An obscure Mishnaic text. Only two are known to exist.

- The Nekronomoris - abbrivated and incomplete written copy of the Necronomicon.

- A History of Witchcraft - Author unknown.

- Diary of Captain Cornilius Marion - Diary of the captain of the doomed arctic expedition of 1896.

- The Alby Papers - Papers and notes belonging to the Reverend Roger Alby.

Located further along the grounds, the original guest manor was originally constructed in 1790 to serve as a hunting lodge for Lady Deborah Peinforte, a woman with a great love of the sport. However, his descendants did not share in his enthusiasm and the building soon fell into disrepair due to neglect, the final apparent nail in the coffin was when most of the building burned down in 1898. It would not be until 1925 when a new structure was build to replace it using the original foundation. While it's original purpose has been long abandoned, the current Lodge now serves as a retreat away from the main section of the estate lands. 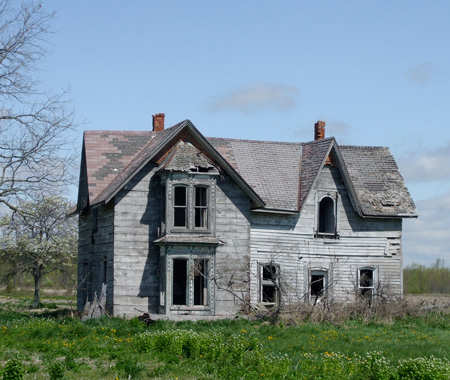 Located at the farthest corner of the estate grounds, this house has been left a ruins. Nobody goes there and nobody lives there.