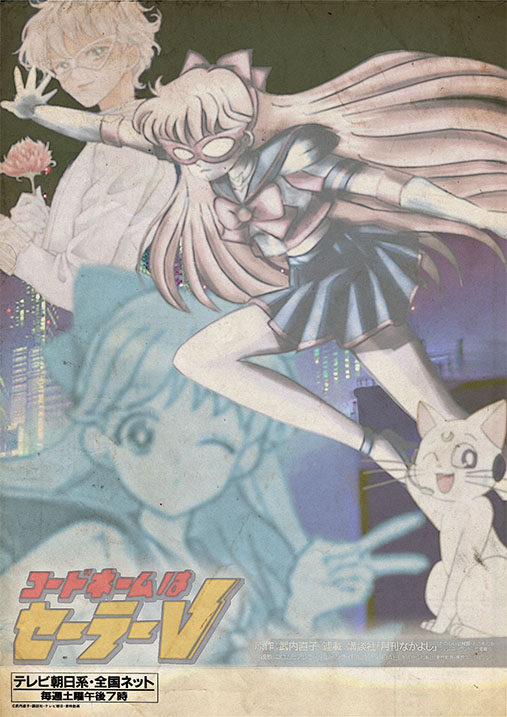 In 1991, in an effort to shore up more money for the newly awoken Sailor V, Artemis sold the rights to the story to Naoko Takeuchi and Toei studios. Naoko held up her end of the deal by publishing a summarized version of Minako's adventures. However, while Toei managed to complete a 42 episode anime, only two episodes were ever broadcast over a satellite service before being buried by an incoming regime change in the studio. In 2009, desperate for money to pay for his child support, Artemis attempted to have the series re-released, this time straight to DVD, only to find that the masters were now tied up in legal red tape, cutting off his access to the series. It would not be till 2020 that, through a freak accident, the anime itself was rediscovered.