The mentor and "pet" of Matsumi Kaze, Freya teaches and guides the senshi, and is one of her close friends.

Freya is a member of the House of VII, the guild of priests and priestess in charge of the Cosmic Lodestone. Her mother was Milina de Albra Tura, the high-priestess of the guild and considered one of the greatest priestess of her house. Her father was a guardsman of the queen's personal guards named Toba Tura, a gentle and kind hearted man.

Freya began her duties as many priestesses did, as a maid of the Holy Light at age five. Through hard work and determination, she made it to Tender of the Graceful Light at age 14. As was the duty of a priestess, she made pilgrimages to the holy places on each planet in the Sol system, this being referred to as the "Walk of the Spheres". Afterward, she returned to Quinox to undergo initiation into the sacred protectors of the lodestone, where she later obtained the rank of high priestess. As high priestess, was admired for both her spiritual guidance and impressive physical abilities.

During a visit by Saturanian diplomats, Freya met Orion Felinus, who would later become her lover, and then husband.

Tragedy struck the young priestess during a prayer sessions with her group. An earthquake struck, and to save a young priest boy's life, she shoved him out of the way of a boulder, only to be struck herself. Injured and near death, her loyal friends took her, along with Queen Minerva, to see the lodestone and find a way to save her.

The lodestone's answer was highly unusual; her Quinoxian body was injured beyond repair, but could be altered into a new body that would allow her to live. The body that was chosen for her was based on those of the species known as Mauians, whom Freya knew of due to her travels. In this new form, she could shift between a cat and human, although during this time she could not remain in human form for more then 5 minutes at a time, as it wore her out.

Queen Minerva offered Freya a seat as her adviser, and as a guardian to her daughter, Matsumi Shin. Freya gladly accepted, and took to this role well, both advising Minerva as a good friend and helping the young princess through some of her more difficult emotional problems. Things seemed to finally be looking up for the priestess.

Freya's entire new life would change in one single instant. An unknown enemy invaded Quinox in a sudden strike. Freya rushed to be at her friend Minerva's side but was instead ordered to take an escape pod with Matsumi, Hideki, and a few other survivors. At first she refused to leave her friend's, side but when Minerva finally barked the order at her, she obeyed, and witnessed the destruction of Quinox from space.

Taking refuge on the moon along with Matsumi, Freya did her best to try and help the princess through the psychological scarring of her parents' and planet's death. Freya largely did not succeed in this, but at the same time became reacquainted with Orion, who now also had a Mauian body. The two became closer at the same time Matsumi and Hideki grew closer together. It was as if life would finally be right for them all, and that the happiness would never end.

Beryl's forces soon attacked the moon. In the utter confusion, most of the senshi died, including Matsumi. Freya became separated from Orion, and in the aftermath found herself alone near the ruins of one of the old theaters of the royal court. Sitting down to cry, a voice suddenly told her that her time was not yet over, and she had a mission. In a flash of light, she found herself in a forest on Earth.

The Search for the Princess

Freya had been teleported through space and time via the lodestone, with some help by the spirit of Minerva, to a forest in rural Japan. Freya knew her task at hand: to find the reborn Princess Matsumi. To her utter dismay, however, Matsumi was nowhere to be found in japan. Stowing away aboard a cargo vessel, Freya spent the next weeks, then months, looking for Matsumi in Australia, Europe, Africa, and finally reaching North America. She arrived just in time to witness Sailor Quinox's defeat of Queen Necros, and the subsequent change of Matsumi's personal timeline by Sailor Pluto. Freya was not effected by the change. At last she had found her princess.

However, she didn't get the chance to act on her findings, as Matsumi was soon killed in a battle against Sailor Galaxia's animamates. Freya went into a short depression for a time, praying to the six for guidance. She snapped out of it when Matsumi returned, restored to life and powered up at the same time. Freya sensed a new evil arriving, and knew the time had come for her to assist the princess in this new battle.

The Time of the Dark Ones

Freya confronted the girl outside of her school, demonstrating her teleportation powers to prove her point. She warned Matsumi of the threat of The Dark Ones, "siblings" to Queen Necros. Freya during this time would also try to train Matsumi to her full potential, the first examples of her overly harsh and often dangerous training practices. Freya would be vitally important in getting Matsumi to Quinox by opening the Tesseract gateway. She would also help in fighting back the forces of the Dark Ones, changing to her humanoid form to battle on even terms. After the defeat of the second Queen Necros, Freya returned to Earth with Matsumi, becoming her family pet full time.

Freya would accompany Matsumi to Japan when she moved there to attend school at Mugen. Later, she would be reunited with her lost love Orion and would subsequently marry him. She is currently living in Yokohama with the Kazes. At the present she also works a personal assistant and secretary to Matsumi at the New Grand Imperial Theatre 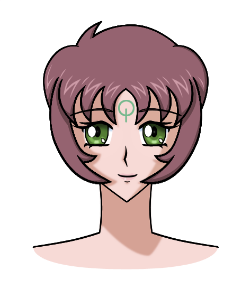 Freya's body is based on a Mauian and thus has all the powers of said species.

Freya, as high priestess of the light, can channel energies from the Loadstone in the form of Holy Magic, allowing her to heal or purify. She also has minor teleportation powers, allowing to her change location up to 10 feet away.

She has the ability to open Tesseract gateways in space, most notably the Quinoxian one.

She is listed currently as Matsumi's legal guardian in Japan, technically making her Matsumi's foster mother. Matsumi sees her more like an sister figure. 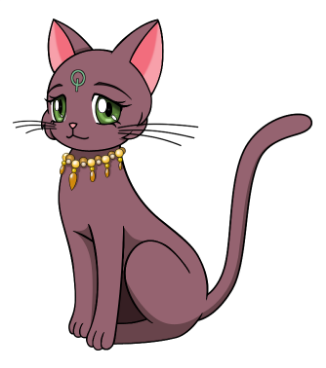