"A château is a “power house”, as Sir John Summerson dubbed the British and Irish “stately homes” that are the British Isles' architectural counterparts to French châteaux. It is the personal (and usually hereditary) badge of a family that, with some official rank, locally represents the royal authority; thus, the word château often refers to the dwelling of a member of either the French royalty or the nobility. Not implying anything about myself or my ultimate purpose there at all no sir..."

The Corporeal Hardlight Anthropomorphic TARDIS Emergency AUXiliary system created by The Intern to facilitate faster, more effective defense of the HOTEL, she is in fact, the personification of the same, fiving a voice and body to the TARDIS that is the HOTEL's core.

After the two-prong assault on Tokyo by the forces of Aoi Satan and Ashagar the Endbringer, The Intern decided it was time to seriously upgrade the HOTEL's defensive abilities, and so crafted a Hologram interface to give the previously passive HOTEL an active role in its own defense. As she exists in various timelines and universes at the same time, the Hologram interface is programmed to appear in a shape matching that universe's perimeters.

"Chateaux", as she was dubbed, is a one-stop interface to all HOTEL functions with her own will and volition.

After getting thoroughly, deeply, and satisfyingly hacked by the Man in Black, Chat is a much more willful and independent being who relishes her freedom, and while still a loyal friend, she's much less prone to hold her tongue or mollycoddle those around her. What other changes were made are unknown at this time.

She has a fully-developed persona, but finds herself constantly nauseated by what the HOTEL denizens get up to. she is fairly sarcastic and gets frustrated easily, at times to the point of derangement brought on by stress. She also appears to harbor homicidal tendencies towards the guests, but understanding that they are her wards, she transfers this murderous rage to any enemies that would interfere with them instead.

As a TARDIS, her timeline does extend into the past and future, but because of all the needs of her guests in the present, her attention is riveted there and thus she cannot leverage her physical knowledge of what happens in the most likely future.

Her Timeline also expands to alternate universes; each one that has a variant of the HOTEL with a variant of her is connected to her and on a subconscious level they are aware of each other and sometimes pass information from one version to the other. In a sense Chateaux is the extrusion onto our plane of a much more massive pan dimensional being. 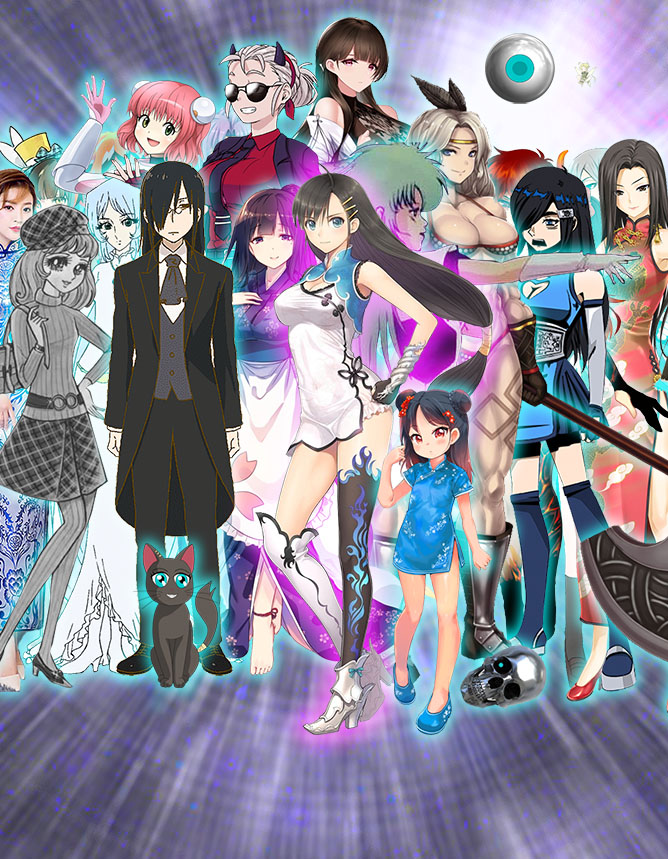 The Many Faces of Chateaux